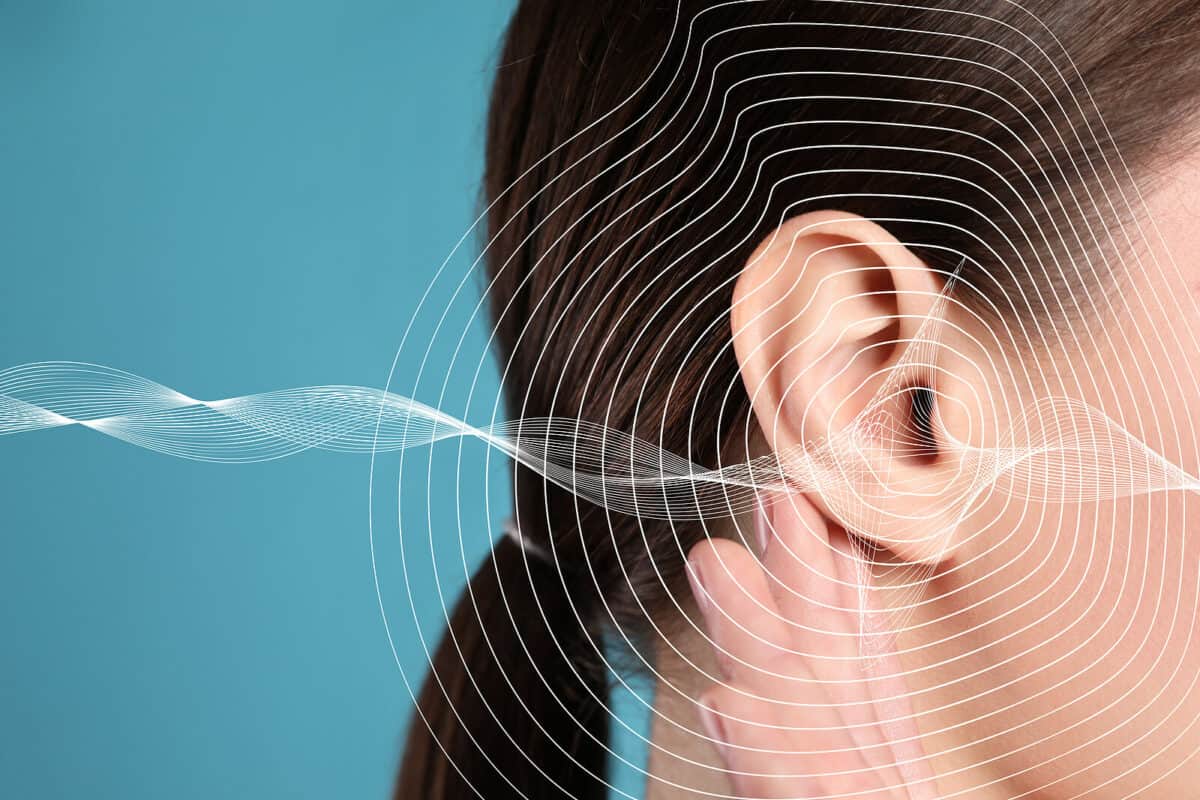 Just as our eyes work together to give us depth perception and a wider field of vision, our ears work together to provide us with a better sense of sound direction and volume. Without one eye, we may struggle to see things clearly or determine their distance from us. Similarly, with one ear, we may be able to hear things clearly or decide where they are coming from. Having two ears allows us to process sounds more efficiently and effectively, just like having two eyes allows us to see more clearly.

Sound Localization: Your brain knows which direction a sound is coming from by which ear receives the sound first. When a person can only hear from one ear, they often have difficulty deciphering the origin of the sound.

Noisy Situations: Your brain is also in charge of selective listening, which is more of a challenge without the aid of a second ear. In a noisy environment, a person with single-sided hearing can struggle to focus on a single person’s voice.

Cognitive Load: This refers to listening while multitasking, which can be complicated even for a person with normal hearing. The more noise there is in an environment, the longer it takes the brain to focus and the person to complete the task. If the person is also trying to listen to someone speak. At the same time, multitasking often makes it easy to miss important information or keep up with the conversation.

Binaural Loudness Summation: The brain can perceive a sound more clearly when it’s heard through both ears than if the same sound at the same decibel was only heard through one ear. The brain reads nerves in both ears and uses this information to process sounds.

Single-sided hearing loss (SSHL), also known as unilateral hearing loss, is a condition where one ear has normal hearing while the other ear has some degree of hearing loss. This means that the person can hear normally in one ear but has difficulty hearing in the other ear.

SSHL is typically caused by viral infections, Meniere’s disease, a disorder of the inner ear that can lead to dizzy spells (vertigo) and hearing loss, head or ear injuries, or through surgical intervention to remove brain tumors.

SSHL can affect the ability to locate sounds, understand speech in noisy environments, and can also lead to a cognitive load. It is important to be aware of the signs of SSHL, and seek professional help if you suspect you have this condition, as it can have an impact on the quality of life and can lead to serious consequences such as cognitive decline and social withdrawal.

SSHL also leads to the ‘Head Shadow Phenomenon’. The head shadow phenomenon is a term used to describe the way that sound is blocked or absorbed by the head, specifically the skull, and affects people with Single Sided Hearing Loss (SSHL). The head shadow effect is the result of SSHL. When one ear has hearing loss, the other ear has to process the sound information from both sides of the head. The head blocks sound in the same way that it would block sunlight.

Low-frequency, long-wavelength sounds bend around a person’s head, and are often perceived well even though the deaf ear may be turned in the direction of the sound. High-frequency and short-wavelength sounds, however, are not as elastic and do not bend around to the side of the good ear. Many high-frequency sounds are lost to a person with SSHL. Consonant sounds in speech occur as high-frequency sounds, so a person with SSHL can often miss a significant amount of surrounding conversation.

There are several ways to treat severe, profound, one-sided sensorineural hearing loss in adults with normal hearing on the other side.

Traditional amplification is one way to do this. This will depend on how well the affected ear works and how it can be heard.

A second method is to send the signal to the normal-hearing ear on the opposite side. This can be done with contralateral routing of signal (CROS) hearing aid or by letting the sound travel through the bones.

A third way is to use a cochlear implant to restore hearing in both ears.

See us for treatment.

Hearing loss in one ear or both isn’t just an ear issue; it’s a quality of life and health issue. Untreated hearing loss can have serious consequences. A decreased hearing sensitivity is associated with diminished cognitive function, poorer mental health, and social withdrawal. If you suspect you have single-sided hearing loss, don’t ignore it – contact us today to set up an appointment.